Read today's bold OpEd in NYTimes by Professor Erle Ellis asserting that Overpopulation Is Not the Problem...


"The conditions that sustain humanity are not natural and never have been. Since prehistory, human populations have used technologies and engineered ecosystems to sustain populations well beyond the capabilities of unaltered “natural” ecosystems. [...] Our predecessors in the genus Homo used social hunting strategies and tools of stone and fire to extract more sustenance from landscapes than would otherwise be possible. And, of course, Homo sapiens went much further [...] Who knows what will be possible with the technologies of the future? The important message from these rough numbers should be clear. There really is no such thing as a human carrying capacity. We are nothing at all like bacteria in a petri dish. Why is it that highly trained natural scientists don’t understand this? [...] The science of human sustenance is inherently a social science. Neither physics nor chemistry nor even biology is adequate to understand how it has been possible for one species to reshape both its own future and the destiny of an entire planet. This is the science of the Anthropocene. [...] The only limits to creating a planet that future generations will be proud of are our imaginations and our social systems. In moving toward a better Anthropocene, the environment will be what we make it." 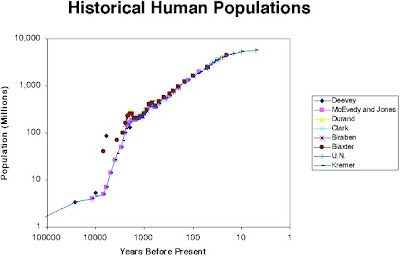