Check out Fairy Lights, a technique for projecting plasma voxels!

"We present a method of rendering aerial and volumetric graphics using femtosecond lasers. A high-intensity laser excites a physical matter to emit light at an arbitrary 3D position. Popular applications can then be explored especially since plasma induced by a femtosecond laser is safer than that generated by a nanosecond laser. There are two methods of rendering graphics with a femtosecond laser in air: Producing holograms using spatial light modulation technology, and scanning of a laser beam by a galvano mirror. The holograms and workspace of the system proposed here occupy a volume of up to 1 cm^3; however, this size is scalable depending on the optical devices and their setup. [...] Although we focus on laser-induced plasma in air, the discussion presented here is also applicable to other rendering principles such as fluorescence and microbubble in solid/liquid materials."

Posted by Joost Bonsen at 20:30 No comments:

Thanks to Kottke for spotting Disney corporate strategy chart from 1957! Details are different and there's more pieces to the pie but it's basically enduring... 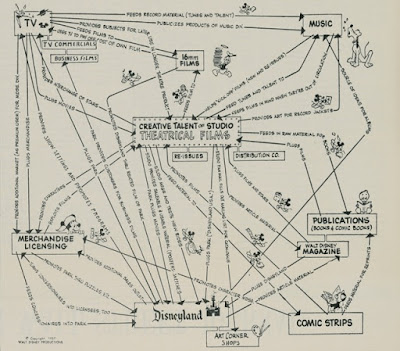 Posted by Joost Bonsen at 13:29 No comments:

Many thanks to New America Foundation's Ted Widmer, Boston Globe Ideas columnist and BU Presidential assistant, for reminding us all about Justin Morrill, the man behind America’s higher education -- including MIT, UCBerkeley, and a hundred more...


"Morrill is hardly a household name today, but his legacy is immense, felt in every single state. That’s because of a single bill he proposed, the Morrill Land-Grant College Act of 1862. In the midst of some of the worst fighting of the Civil War, Congress passed a visionary piece of legislation that created more than 100 universities and reshaped the way Americans thought about higher education. [...] The result was nothing less than the creation of a new educational order for the United States. Older institutions did not lose their preeminence, of course. But new kinds of universities came into existence, with a broad reach and a public purpose. Both the University of Massachusetts Amherst and the Massachusetts Institute of Technology were born of the Morrill Act, a fact of no small relevance to the state’s future economic development. [...] Many of the most eminent African-American colleges, including Hampton and Tuskegee, also owe their origins to Morrill’s bill. Native American schools would also be added. In other ways, the Land-Grant Act became better over time. Many of the land-grant schools were early advocates of co-education and advanced the cause of educating women. Morrill added new legislation to fine-tune the program and secure additional funding. [...] Morrill’s is a legacy that is simply too large to calculate and expands every spring as millions of future Americans [and untold International students too] graduate from public universities." 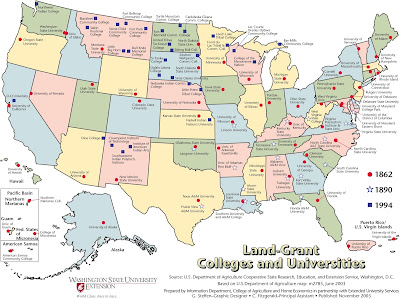 Posted by Joost Bonsen at 21:49 No comments:

Sergio Peçanha and Tim Wallace in the NYTimes visualize Around the Globe, a Desperate Flight From Turmoil... 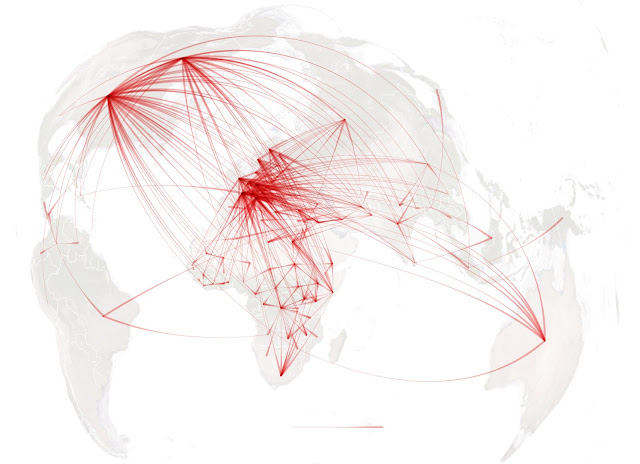 BBC on the anniversary fest for the Magna Carta at...


"Runnymede in Surrey, close to the River Thames, where King John of England sealed the original document in 1215. The Queen also attended the ceremony. The charter first protected the rights and freedoms of society and established that the king was subject to the law."


"At its heart is the idea that the law is not simply the whim of the king, or the government. It is the great egalitarian legacy of Magna Carta, that all are equal under the law, and all can be held to account. It is that idea that gave birth to so many of our rights and freedoms, to parliamentary democracy, fair trial, and a series of controls on the abuse of arbitrary power."

Posted by Joost Bonsen at 11:02 No comments: