Richard Florida writes in CityLab that Maps Reveal Where the Creative Class Is Growing in the US...


"A growing chorus of economists and urbanists suggest that we may be seeing the “rise of the rest,” a result of both increasingly unaffordable housing in established hubs and the improvement of the economies in less-established hubs. [...] The map shows the percentage growth in the creative class from 2005 to 2017. A number of Rustbelt and Sunbelt metros which have previously lagged now show robust growth. Salt Lake City posted the fastest growth, with Pittsburgh and Cincinnati next in line. Las Vegas, which had the smallest creative class share of large metros in 2005, also saw significant growth. Of leading creative class metros, only Seattle and Baltimore registered comparable gains. [...] The even better news is that the creative class -- which often garners the highest paying jobs -- appears to be growing as a percentage of total workforce employment across the board." 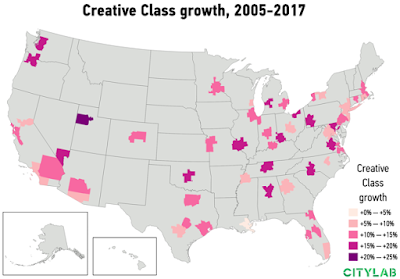 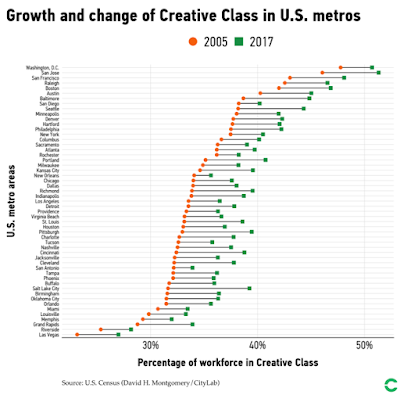 Posted by Joost Bonsen at 22:02 No comments:

Today is the centennial of the start of America's "worst but most important" road-trip! Engineering News-Record writes Eisenhower's 1919 Trip Helped Pave Way for the Interstate and shares archival footage showing the...

"Grueling 1919 trek [which] helped shape then-Army officer Eisenhower’s later views that played a part in launching the Interstate system during his presidency."

Posted by Joost Bonsen at 22:34 No comments: 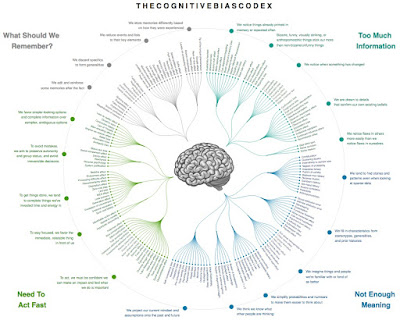 Posted by Joost Bonsen at 16:36 No comments:

Nature shares Connected World infographic spotlighting patterns of international collaborations from 1 February 2018 to 30 January 2019 as captured by the Nature Index... 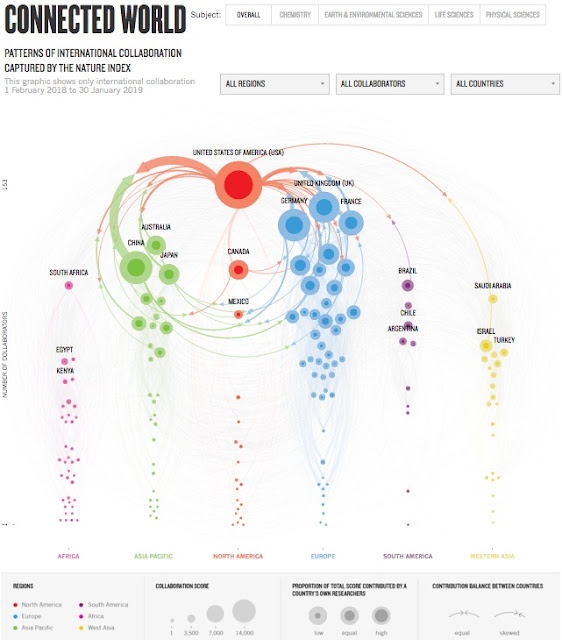 Posted by Joost Bonsen at 16:29 No comments:

Liberty ~ Increasingly AWOL from US... WTF! 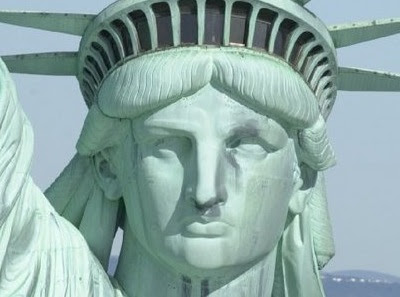 As this amazing country celebrates its birth -- an epic achievement made possible ~230 years ago by righteous, civic-minded, and wise men who despised and indeed fought the grotesque evil, "political correctness", and geopolitical stupidity of their day -- let's think earnestly about the subsequent violations of the US Constitution and seemingly neverending erosion of and painful decimation of hard-won liberties, including...
The list goes on and on and it's painful to recite all the evil incarnate that left and right wingnuts in office have perpetrated. It's urgent to return ASAP to the moral middle, the sensible center, the authentic pro-freedom libertarian core of America.
Posted by Joost Bonsen at 21:11 No comments: