"Came of age when Dudley Square was still at its peak [...] At its prime, Dudley Square was the second-busiest commercial district in Boston, after downtown. And it was the epicenter of the black community. But as Guscott turned 15, the 1940s swept in a period of uncertainty, leaving Dudley’s residents clinging to a prosperity that would dissipate. Now, as Guscott enters his 90s, his deep connection to Dudley Square offers a glimpse of the triumphs, demise, and promised resurgence that consumed Roxbury’s main commercial district and the people living nearby."

Fascinating arc of transformation over time. 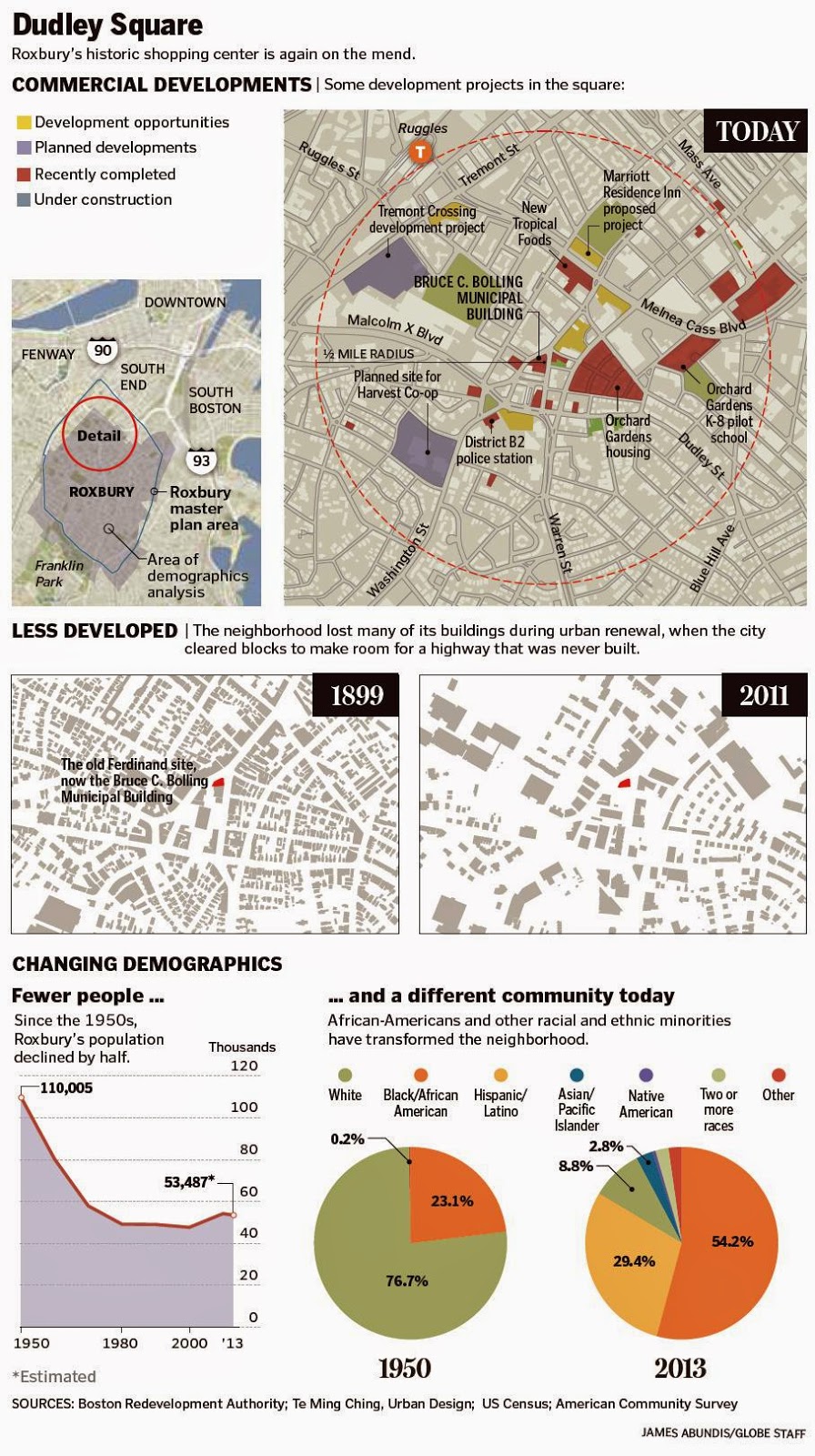