Lamar Anderson writes in Atlantic/Architizer that LA Wants to Turn Its Concrete 'River' Into a Real River...

"Though the waterway hasn’t really been a natural habitat since the 1930s (when the city lined the riverbed with concrete to control flooding), new bike paths, public art, and kayak tours now draw Angelenos to the water’s edge. [...] The Los Angeles River Revitalization Plan, completed in 2007 by the landscape design firm Mia Lehrer + Associates, calls for the removal of most of the concrete and natural habitat restoration around the river." 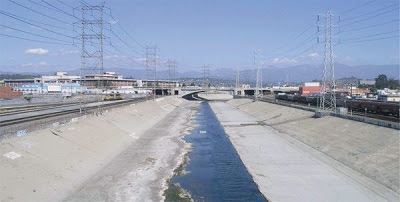 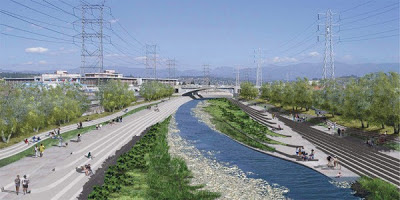