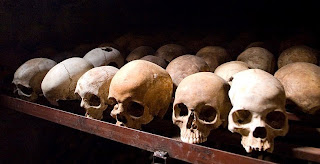 Two decades ago, extreme violence seized the small but densely populated African nation of Rwanda. Peacekeeping efforts were overwhelmed, the UN and outsiders were slow to act, many, many died. We're still not sure what lessons to draw from the whole experience. But at least it's worth remembering what happened. First, contemporary reports, for example, Nightline Rwanda 1994... Next, retrospective documentaries from a decade ago, including the Ghosts of Rwanda 2004... The overwhelmed UN General Dallaire whose memoir is tellingly titled Shake Hands with the Devil... President Kagame reflects on 20 years... Finally, amidst the craziness of that time emerged several remarkable protectors and heroes. The BBC's Mark Doyle tells of A good man in Rwanda, the Senegalese Captain Mbaye Diagne, a UN observer...


"This is the story of the bravest man I have ever met. [...] We will never know exactly how many people owe their lives to Mbaye. [He] was part of a small group who had been willing to risk their lives to save others. [Mbaye] had a sense of humanity that went well beyond orders, well beyond any mandate." 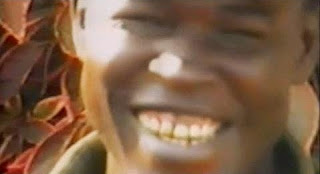