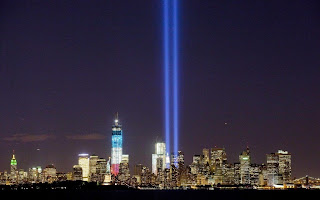 Evil religious swine slaughtered thousands on 9/11 including my classmate David Berray. Alas, in the interim years, we have yet to fully extirpate irrationally-faithful and incorrigibly-violent ideological-cancer carriers from civilized humanity. Whether it's the messianic wingnuts occupying the land of Canaan, or the desertine usurpers of the Hejaz, or the pestilential-pretender neo-caliphate in today's fertile crescent, or other mad maniacs ruling west asia and beyond, humanity is still infested with verminous cretins believing in fundamentally bad ideas and executing mystical mandates for supposed higher powers. We must do our best to avenge the assassinated and sterilize the faithful stupidity that continues to plague civilized peoples.
Posted by Joost Bonsen at 22:32