In her Bloomberg piece Goldman in Ventureland, Katrina Brooker writes of newly emergent players in later stage financings in so-called unicorns and more...

"Wall Street used to wait for startups to go public before investing in them. These days, however, entrepreneurs don’t need the public markets like they used to; private capital is plentiful. Uber has raised some $6 billion in equity and debt, and it hasn’t announced any plans to go public. “By the time you IPO as a company with a $60 billion market cap, you are really in the stratosphere,” [...] “The opportunity to invest has passed; the explosive growth is often behind them.” This market moves fast: When Airbnb raised money in April 2014, the company was valued at $10 billion; a year later, that valuation had more than doubled to $25 billion, when it raised another $1.5 billion. Included in the latest round were East Coast investors, most of whom would never have invested at such an early stage in the last tech boom..." 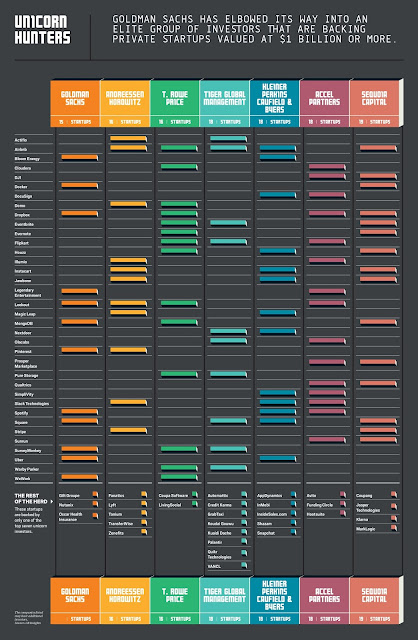