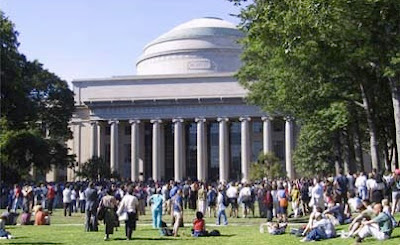 Nice piece by Joyce Lau in the NYTimes on Who’s the Next M.I.T.?...


"Last week, two new rating systems -- from Times Higher Education and QS World University Rankings -- looked exclusively at schools less than 50 years old for the first time. [...] Times Higher Education claims that its list “provides a unique insight into who the future Harvard and Cambridge universities may be.” The magazine released its “100 Under 50” list last Thursday. The top spot went to the Pohang University of Science and Technology, or Postech, in South Korea. [...] Also highly ranked were the École Polytechnique Fédérale de Lausanne in Switzerland; the Hong Kong University of Science and Technology (HKUST); the Korea Advanced Institute of Science and Technology (KAIST); Université Pierre et Marie Curie in France; and the Irvine and Santa Cruz campuses of the University of California. Three British institutions -- the University of York, Lancaster University and the University of East Anglia -- rounded out the top 10. [...] The BRIC developing nations -- Brazil, Russia, India and China -- barely featured. Only Brazil made an appearance [...] Russia, India and mainland China had no schools on either list."