We must never forget that just 23 years ago today Chinese soldiers slaughtered hundreds, perhaps thousands, of unarmed pro-freedom protesters in Tiananmen Square, Beijing. Communist Chairman Mao's mad minions continue to murder, censor, and enslave their own citizens rather than face democratic elections and the rule of people over Politburo. CNN's Hilary Whiteman writes in Tiananmen: Activists mark date that can't be mentioned...


"More than 100,000 people are expected to gather in Hong Kong's Victoria Park Monday night for a candlelight vigil to remember the lives lost when tanks rolled into the Beijing square. The mainland government still bans public discussion of the events of June 4, 1989, when government forces intent on ending pro-democracy demonstrations opened fire on civilians. [Online references] were quickly deleted on what is commonly referred to as the censors' busiest day of the year. The government is particularly sensitive this year, observers say, in the lead up to the once-in-a-decade leadership transition. In autumn, power will transfer to a new generation of politicians who will decide the future direction for China."

The entire Chinese Communist Party's so-called leadership -- both those "retired" and the "upcoming" -- should not merely resign but be prosecuted for crimes against humanity, a new Nuremberg Trials convened, and justice upheld. 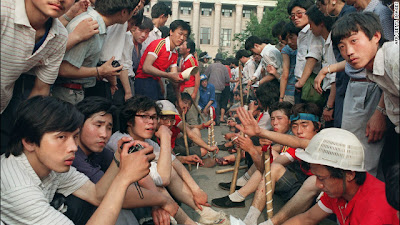 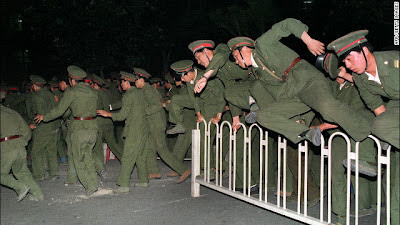 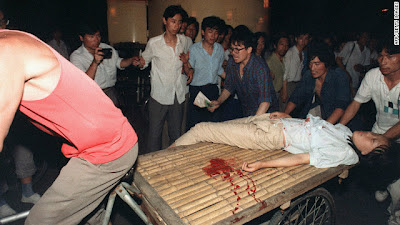 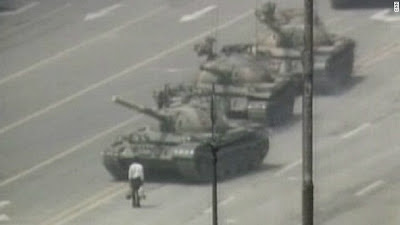