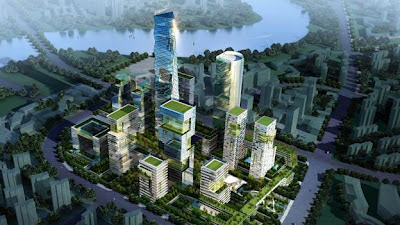 
"The world’s biggest eco-city in development, Tianjin Eco-city will be around half the size of Manhattan. [...] Few things can be certain about the future, as philosophers wiser than I have pointed out, but one trend that is likely to continue is urbanisation. The Anthropocene will be populated by city dwellers, in contrast to the rural demography of the past millennia, and this has profound implications for human society. [...] The site chosen for the project was an industrial dumping ground for toxic waste, barren salt flats abutting one of the world's most polluted seas. This was deliberate, says Ho Tong Yen, head of Sino-Singapore Tianjin Eco-city Development and Investment, the firm charged with building the city. "In the past, so-called ecocities have been built in ecologically important areas or on useful arable land. We wanted to show that it's possible to clean up a polluted area and make it useful and liveable." [...] the city is setting itself up as a hub for green tech enterprise and creative industries. Six hundred companies have already set up shop, including an animation studio that is powered by its own energy station, incorporating solar PV walls as well as roof panels." 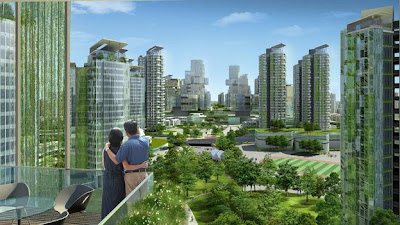 The Eco-City masterplan reveals more of location and progress... 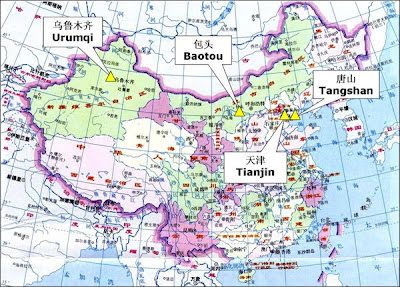 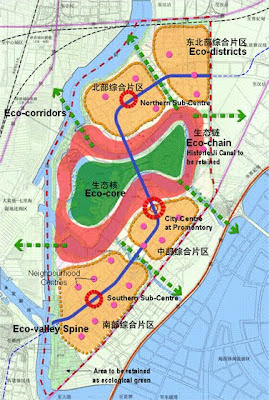 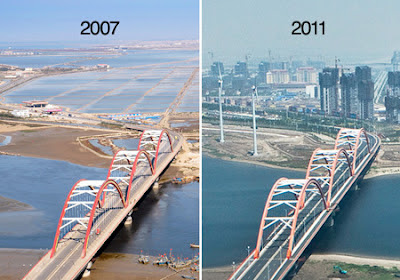