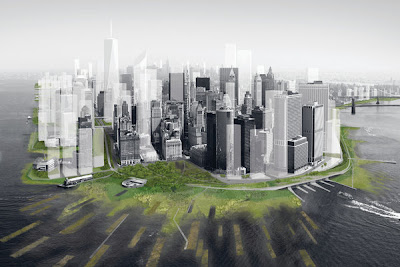 Alan Feuer in NYTimes writes Protecting the City, Before Next Time...


"What is the way forward? Does the city continue to build ever-sturdier and ever-higher sea walls? Or does it accept the uncomfortable idea that parts of New York will occasionally flood and that the smarter method is to make the local infrastructure more elastic and better able to recover? [...] some experts in the field who have thought deeply about how to protect New York from huge storms like Hurricane Sandy -- and especially from the coastal surges they produce -- suggested that less intrusive forms of so-called soft infrastructure might prove more effective in sheltering the city than mammoth Venetian sea walls. [...] According to the experts -- architects, environmentalists and civil engineers -- large-scale projects like underwater gates are expensive, cumbersome and difficult to build. More important, they say, such undertakings are binary projects that work just fine until the moment they do not." 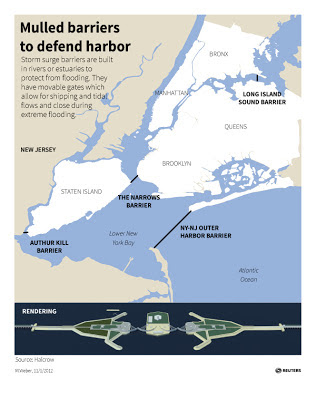