With shocking speed Zaatari City has grown in Jordan from a few thousand to over 130,000 Syrians seeking refuge. The BBC reports on Zaatari refugee camp that...


"This makeshift piece of Syria has three hospitals -- meaning that healthcare and mortality rates are significantly better inside the camp than outside -- and there are a number of schools, although attendance is low. Just a quarter go to classes. Entrepreneurial residents have also set up more than 3,000 different shops and businesses along the camp's main roads -- including the humorously named "Champs Elysee" -- selling a wide range of goods and services, from groceries and fresh bread to wedding dresses and mobile phones. There are also taxi services, children's playgrounds and football pitches. [...] Yet, the vast majority of Syria's 1.9 million refugees do not live in Jordan's desert camps, but are instead spread across the region. Most are in Lebanon, followed by Jordan, Turkey, Iraq and Egypt. This is not forgetting the 4.25 million internally displaced people within Syria itself." 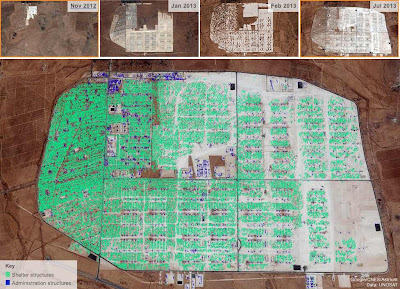 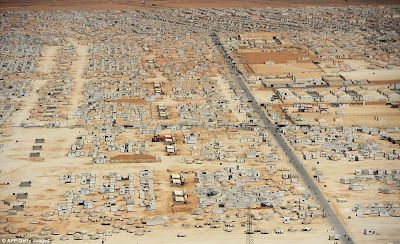 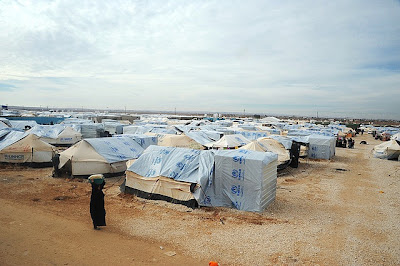 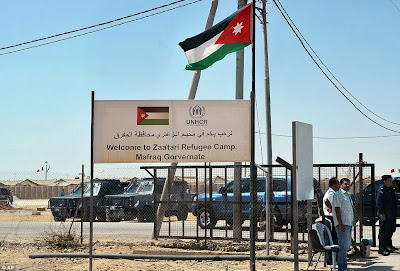 I wonder what it would take for Jordan to assimilate the refugees and give them empowerment rights to work and own property and businesses and welcome them to build up the Jordanian economy, including such emerging cities as Aqaba and beyond.
Posted by Joost Bonsen at 10:26