Peta Thornycroft and Aislinn Laing of The Telegraph share the horrific news of ecocide in Zimbabwe where poachers have slaughtered over 300 elephants and hundreds of collateral animals by deploying cyanide salt-licks and poisoning watering holes as well...


"The full extent of the devastation wreaked in Hwange, the country's largest national park, has been revealed by legitimate hunters who discovered what conservationists say is the worst single massacre in southern Africa for 25 years. Pictures taken by the hunters, which have been obtained exclusively by The Telegraph, reveal horrific scenes. Parts of the national park, whose more accessible areas are visited by thousands of tourists each year, can be seen from the air to be littered with the deflated corpses of elephants, often with their young calves dead beside them, as well as those of other animals." 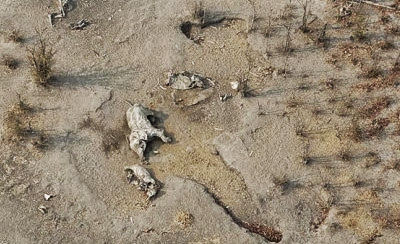 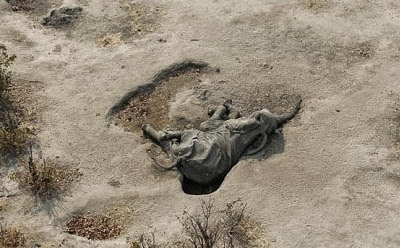 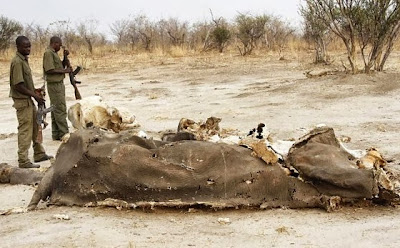 P.S. Thanks to George Dvorsky at io9 for spotting this.
Posted by Joost Bonsen at 15:27