Nice BBC Stop/Start story by Neil Meads with French photographer Thomas Jorion on The wild abandoned railway in the centre of Paris...


"For 32km (almost 20 miles) the tracks of Petite Ceinture snake through bustling Paris, isolated and largely unseen from street level in deep trenches, long tunnels, and bridges. Nature has reclaimed the space and it has become a haven for wild flowers and animals. The line is officially off-limits to the public, but this hasn't stopped many people attempting to explore it. There is now a fierce debate in the French capital about what to do with the tracks and stations of the Petite Ceinture that still remain." 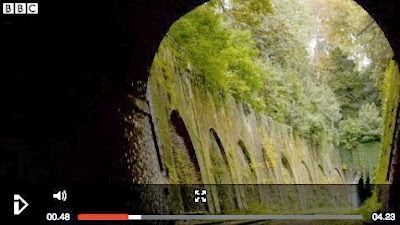