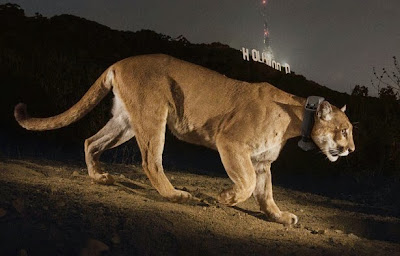 National Geographic has compelling infographic illustrating the Hazardous Habitat for urban cougars in Los Angeles to complement the feature story on Ghost Cats...

"Cougars are now the most common apex predator across one-third of the lower 48 states. Most of the other two-thirds lack any big predatory mammal. So far, anyway, a large cat whose trademark is stealth appears to be the major carnivore modern society finds easiest to accept, or at least tolerate. But people still want a clearer understanding of potential problems." 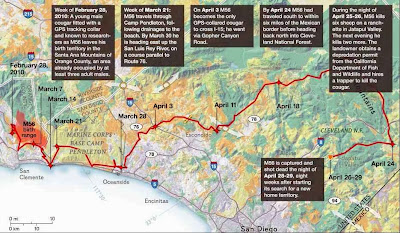