Thanks to the DM's Ellie Zolfagharifard for spotting How Facebook reveals human migration...


"Facebook data scientists recently compared users’ hometowns with their current residences to uncover the top 10 cities that had coordinated migrations -- or the movement of large numbers of people from one place to another. The top destinations were found throughout the world in countries that are rapidly urbanising. In these areas at least 20 per cent of the population of one city had moved to another city. [...] ‘We believe that these migrations have cultural and political motives, on top of economical ones,’ said Facebook. [...] According to this data, countries such as India, Nigeria, and Turkey are becoming increasingly urban, with many people moving from rural areas into large cities such as Hyderabad and Chennai in India and Lagos in Nigeria. For most of the cities on the top 10 list, the megacity migrations are coming from within the same countries." 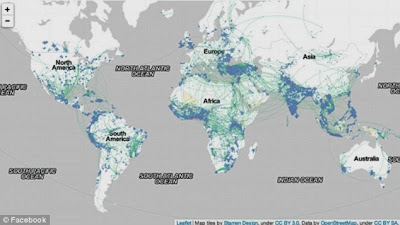 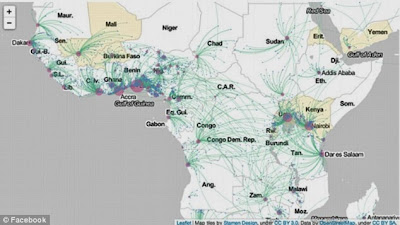 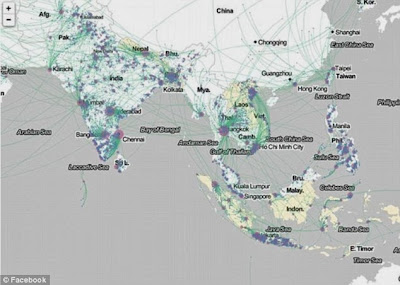