"The HDI is like a country’s report card. In a single number, it tells policymakers and citizens how well a country is doing. The HDI has been wildly successful in changing the way people think about the development process. However, it still suffers from real flaws. First, it implicitly assumes trade-offs between its components. The HDI also struggles with the accuracy and meaningfulness of the underlying data. Finally, data on different domains may be highly correlated. The HLI looks at life expectancy at birth, but also takes the inequality in longevity into account. If two countries had the same life expectancy, the country with the higher rate of infant and child deaths would have a lower HLI." 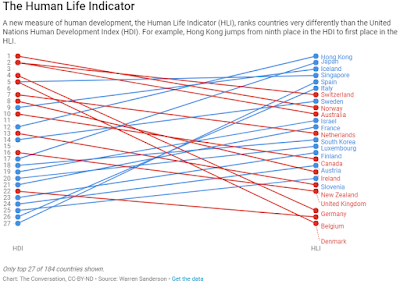 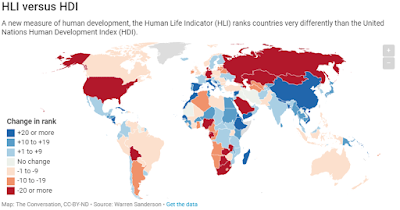