"The seeds of Boyden's career were planted in childhood. Growing up north of Dallas, he wanted to understand something about humanity and why we are here. He liked math better than science at first: "Math was the way of getting to the inner truth of things," he said. But then he wanted to know how our minds are able to understand math. His thoughts gave way to an idea he now calls the "loop of understanding": Math is how we understand things at a deep level, our minds do math, the brain gives rise to our minds, biology governs our brains, chemistry implements biology, the principles of physics rule over chemistry, and physics run on math. It's a loop from math to math, with all the knowledge in between. "I don't think I came up with that eloquent way to describe it until I actually came to MIT, but yeah, I was very interested in these kinds of things as a young teenager." 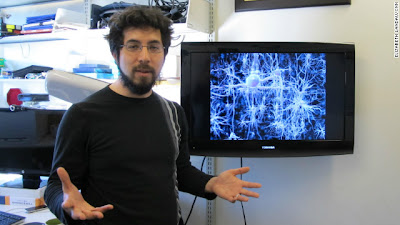