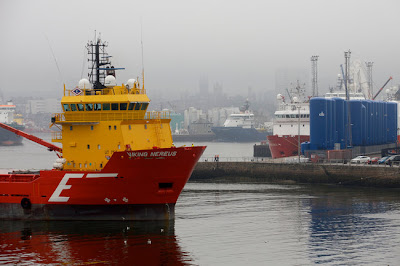 Fascinating to read NYTimes piece by Stanley Reed on Aberdeen, With a Foot on the Seafloor about a Scottish city that's blossomed into offshore industry boom town...


"Since the early 1970s, when oil was discovered in the British North Sea, Aberdeen has evolved from a fishing town, to an oil boom town, to the world’s center of innovation and execution for the technology that makes the modern offshore energy industry possible. “Scotland has been the home of subsea engineering,” Mr. Blake, a Scot, said in a conference room in Chevron’s European headquarters on a hilltop overlooking this city and its many dark granite buildings. “The expertise generated by the North Sea continually influences undersea work across the globe.” That expertise, with a resurgence of investment in natural gas and oil fields in and near the North Sea, means that Aberdeen, with 468,000 people in the city and surrounding area, has been able to nearly escape the economic doldrums that have plagued most of Britain and Europe. Aside from central London, Aberdeen is the wealthiest place in Britain..." 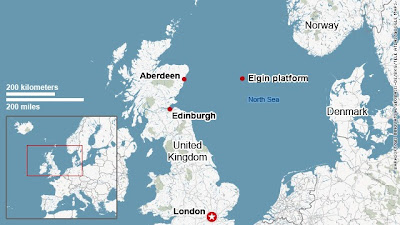