Gunmen of unknown origin or affiliation shouting "Allāhu Akbar" -- meaning "God is great" in Arabic -- slaughtered a dozen people at and near offices of satire magazine publisher Charlie Hebdo in Paris.

This is absolutely unacceptable.

We must keep fighting for modern, civilized human rights -- freedoms such as life, liberty, and speech, including the right to mock and laugh at stupid religious ideas and spoof any so-called "prophet".  In solidarity, R.I.P. Charb, Cabu, and other victims... 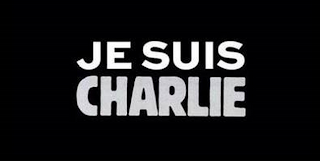 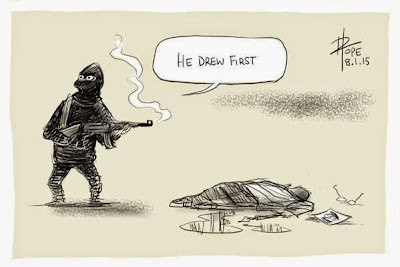 P.P.S. Yes, it's now clear that our entire planet Earth is full of free-thinking and rational people who reject violent virulent swine... 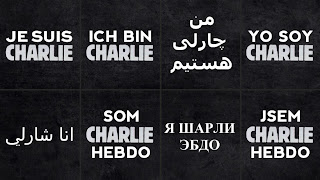 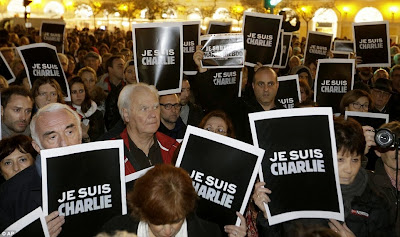 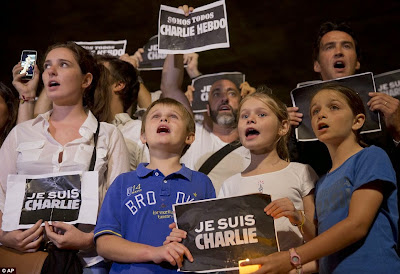 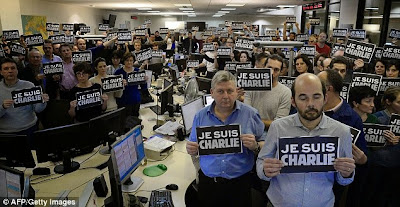 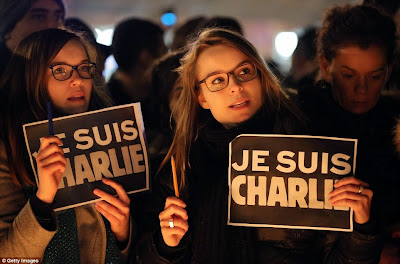 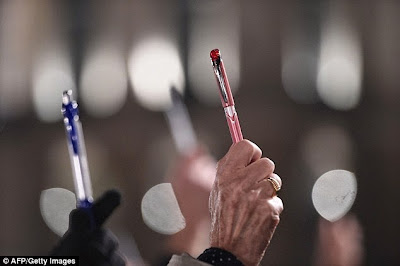 P.P.P.S. The perpetrators of this vicious and unforgivable crime are said to be: Said Kouachi, born in 1980, Cherif Kouachi, born in 1982. If you know or see them, beware of the allegations and report them to authorities. (Addendum: They're now dead.)
P.P.P.P.S. And all this I say knowing that Charlie Hebdo has represented uncompelling aspects of the political spectrum, from my point of view. But I absolutely respect their right to spew their spleen. As Evelyn Beatrice Hall wrote: "I disapprove of what you say, but I will defend to the death your right to say it".
P.P.P.P.P.S. This includes all of these "blasphemous" cartoons.