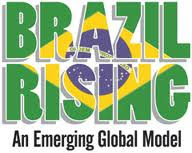 Great story by Sara Miller Llana, staff writer of the Christian Science Monitor on Farming superpower Brazil spreads its know-how: It is bringing the technologies of tropical farming to other parts of Latin America, and to Africa and Asia. Brazil is today the world's largest exporter of soybeans, beef, chicken, orange juice, ethanol, and sugar. What's especially interesting is that Brazil:

"...is emerging as more than just a supplier. Its scientists are now bringing the technologies of 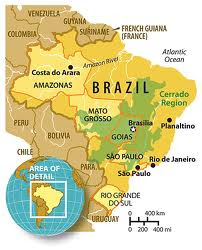 tropical agriculture to other parts of Latin America, and to Africa and Asia. In 2006, Embrapa opened its first foreign office in the West African nation of Ghana to lead the effort. Lobato assessed soils in Mozambique this year. And in May, Embrapa dispatched its first team to Venezuela to help boost food production. "In the 1970s, '80s, and '90s, there was a lot of collaboration and support from the US and Europe," says Elisio Contini, head of Embrapa's Office of International Affairs – helping to turn Brazil into the agricultural powerhouse it is today. "Now we think it's time to transfer technology to other poor countries in Latin America and Africa. We are supporting them like the Americans supported us."