Getting Better ~ Kenny Writes In Praise of Slums 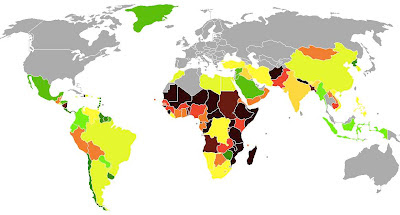 Getting Better author Charles Kenny writes in the latest Foreign Policy Cities issue In Praise of Slums, that...


"...slums are better than the alternative. Most people who've experienced both rural and urban poverty choose to stay in slums rather than move back to the countryside. That includes hundreds of millions of people in the developing world over the past few decades -- and 130 million migrant workers in China alone. They follow a well-trodden path of seeking a better life in the bright lights of the city [...] Moving to cities makes economic sense -- rich countries are urbanized countries, and rich people are predominantly town and city dwellers. [...] all things considered, slum growth is a force for good. It could be an even stronger driver of development if leaders stopped treating slums as a problem to be cleared and started treating them as a population to be serviced, providing access to reliable land titles, security, paved roads, water and sewer lines, schools, and clinics. As Harvard University economist Edward Glaeser puts it, slums don't make people poor -- they attract poor people who want to be rich. So let's help them help themselves."

That's centrally why we have MIT Media Lab City Science Initiative.
Posted by Joost Bonsen at 22:10