Guadalcanal ~ 70ya Beginning of End of WWII... 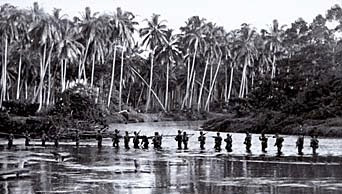 70 years ago August 7th the Allies began landing on Guadalcanal...


"The Guadalcanal campaign was a significant strategic combined arms victory by Allied forces over the Japanese in the Pacific theatre. The Japanese had reached the high-water mark of their conquests in the Pacific, and Guadalcanal marked the transition by the Allies from defensive operations to the strategic offensive in that theatre and the beginning of offensive operations, including the Solomon Islands, New Guinea, and Central Pacific campaigns, that resulted in Japan's eventual surrender and the end of World War II."

Ever since first reading of this battle via the fictional series The Corps by WEB Griffin, I've been fascinated by this campaign and key figures such as General Vandergrift and the many feats of the US Marine Corps generally. This is surely one of the greatest of WWII. 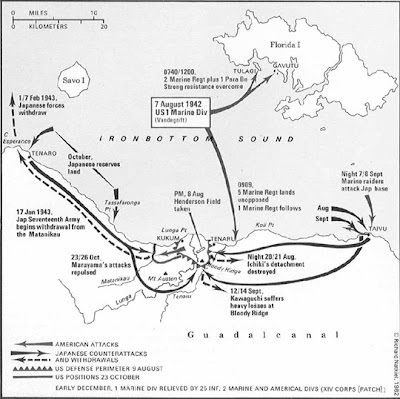