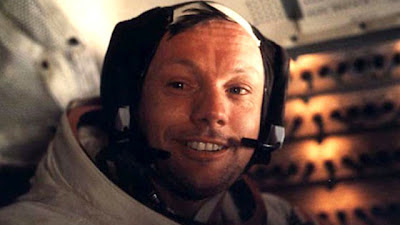 Sad word just arrived and his family shares that 82 year old Neil Armstrong has passed away. He was commander of the Apollo 11 lunar mission and the first human to walk on the Moon's surface on July 20, 1969. In Armstrong's own immortal words...

"That's one small step for man,
one giant leap for mankind."

Watch the "giant leap" as it happened (thanks Andrew Revkin)... 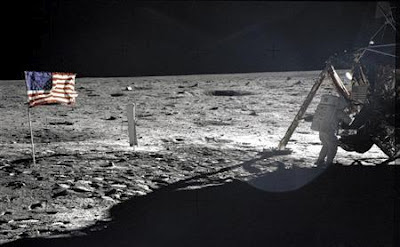 
"With computer alarms sounding and fuel running low, Apollo 11 astronauts Neil Armstrong and Buzz Aldrin landed their lunar module Eagle in the Sea of Tranquility as millions around the world watched. Six hours later, Armstrong made his "giant leap for mankind", stepping onto the surface of the moon. He was soon joined by Buzz Aldrin, who described the scene as "magnificent desolation". They explored the surface for two and a half hours, collection samples and taking photographs. After their historic moonwalk, they successfully docked with the command module Columbia, reuniting with crewmate Michael Collins."


"For those who may ask what they can do to honor Neil, we have a simple request. Honor his example of service, accomplishment and modesty, and the next time you walk outside on a clear night and see the moon smiling down at you, think of Neil Armstrong and give him a wink.”

Indeed, left behind on the Moon is the ultimate epitaph... 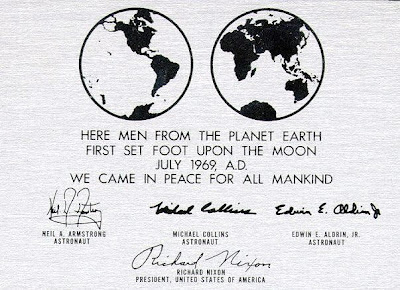