Instead of investing mandatory "Social Security" tax money in some kind of income producing and productive investment, the US is in the middle of the biggest Ponzi scheme on the planet (exacerbated by the fact that everyone's forced to participate, so strictly speaking it's not a Ponzi, but let's not quibble). It's not much of a laughing matter and yet sometimes you just have to laugh at the grotesque incompetence of politicians as skewered in these killer cartoons spotted by International Liberty's Dan Mitchell... 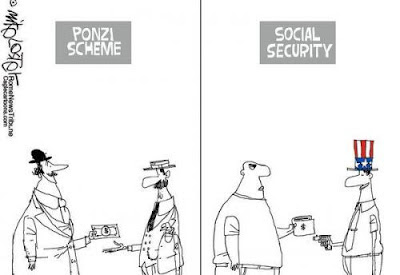 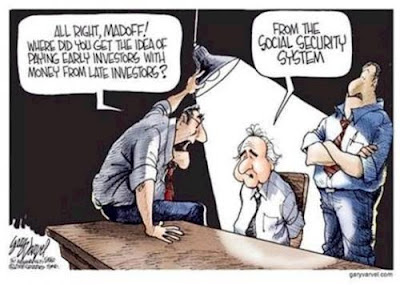