WebUrbanist reminds me of Gunkanjima off the coast of Nagasaki, Japan. In the American West there were mining Ghost Towns; this is an entire Ghost Island!


"This decrepit collection of concrete [...] Gunkanjima, or ‘Battleship Island,’ is the nickname for Hashima Island, a dense abandoned metropolis once packed with 5,259 people. It started as a small reef, but when coal was discovered there in the 1800s, it was quickly developed and expanded. It was used as a mine from 1887 to 1974 and its concrete architecture was designed to withstand typhoons. The switch from coal to petroleum in Japan led the mine to close." 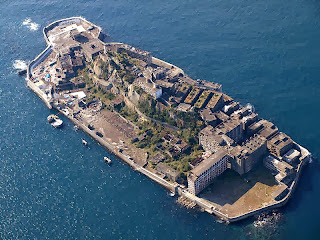 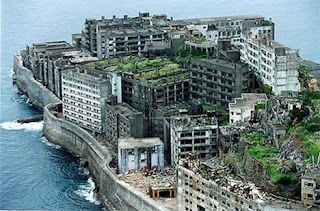 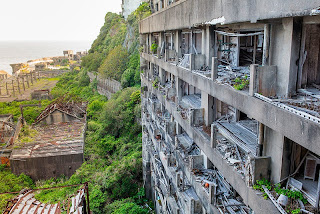