Sad to hear Jaime Escalante passed away after a battle with cancer. 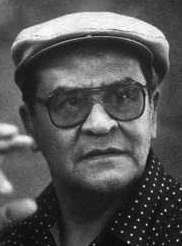 This Bolivian-born schoolteacher was best known for his work at Garfield High School in East LA where he taught math from 1974 to 1991, a career portrayed by Edward James Olmos in the 1988 film Stand and Deliver. While, as I wrote about earlier, Escalante's battles were as often with the beaurocracy as with ignorance, he nevertheless inspired hundreds of students of modest means to make the most of their talents and lives. Thanks, btw, to MIT Professor Amar Bose for spotlighting Escalante's work starting years ago and championing him and his ideas in our community.
Posted by Joost Bonsen at 00:33