Singapore is a city-state small in size but huge in ambition and strategic sophistication. From founding new universities (and multiple partnerings with MIT) and building stunning greenscrapers and playing a key role as crossroads in the ASEAN community and between India, China, Australia+NZ and in the Commonwealth, this is a key country. Several years ago, I was especially impressed with From Third World to First: The Singapore Story, the reflections of founding leader Lee Kuan Yew. And see here the current Prime Minister Lee Hsien Loong on Charlie Rose this past week, for a conversation which included...

"The whole of our system is founded on a basic concept of meritocracy; we built up our institutions so that you have a government which people can trust and is competent; we have no safety net and we can always fail if we get it wrong; we’ve got to be extraordinary!" 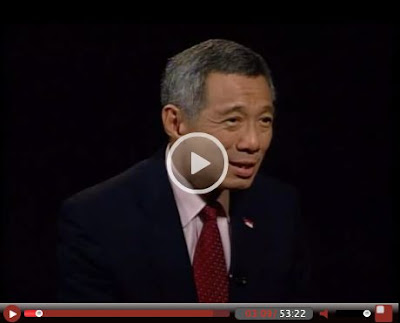