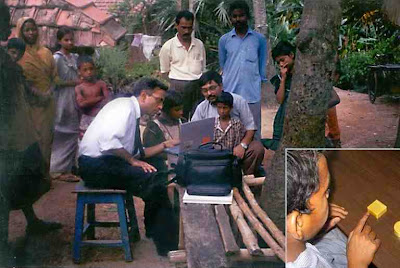 "In 1688, an Irish polymath named William Molyneux wrote the English philosopher John Locke a letter in which he posed a vexing question: Could a blind person, upon suddenly gaining the ability to see, recognize an object by sight that he'd previously known by feel? The answer has potentially important implications for philosophers and neuroscientists alike. Now, researchers working with a medical charity that provides surgery to restore vision in blind children say they've found the answer to Molyneux's question. It's "no" but with a twist."

"We addressed [Molyneux's question] by working with treatable, congenitally blind individuals. We tested their ability to visually match an object to a haptically sensed sample after sight restoration. We found a lack of immediate transfer, but such cross-modal mappings developed rapidly."