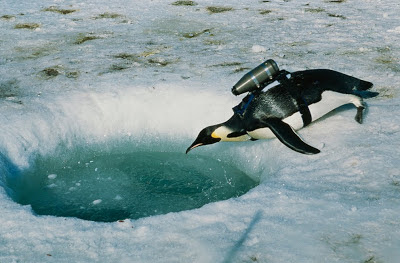 
"Crittercam was conceived in 1986 by marine biologist and filmmaker Greg Marshall. A shark approached Greg during a diving trip off Belize, then disappeared into the murk with three quick strokes of its tail. Greg noticed a remora (or sucker fish) clinging to the shark. As Greg watched the shark disappear, it occurred to him that if he could put a camera in the place of the remora, he could see the shark's behavior unfold without disturbing the shark. More than two decades later Greg heads the Remote Imaging Program at National Geographic. Collaborating with scientists worldwide, Greg and his team have deployed Crittercam on hundreds of animals to help investigate biological mysteries."