"Why cities are the best cure for our planet’s growing pains. [...] Urbanization is now good news. Expert opinion has shifted profoundly in the past decade or two. Though slums as appalling as Victorian London's are now widespread, and the Victorian fear of cities lives on, cancer no longer seems the right metaphor. On the contrary: With Earth's population headed toward nine or ten billion, dense cities are looking more like a cure -- the best hope for lifting people out of poverty without wrecking the planet. [...Says economist Edward Glaeser...] Successful cities "increase the returns to being smart" by enabling people to learn from one another. In cities with higher average education, even the uneducated earn higher wages; that's evidence of "human capital spillover." Spillover works best face-to-face. No technology yet invented -- not the telephone, the Internet, or videoconferencing -- delivers the fertile chance encounters that cities have delivered since the Roman Forum was new. [...] It's easy to see why economists would embrace cities, warts and all, as engines of prosperity. It has taken a bit longer for environmentalists [...] Cities allow half of humanity to live on around 4 percent of the arable land, leaving more space for open country. Per capita, city dwellers tread more lightly in other ways as well, as David Owen explains in Green Metropolis. Their roads, sewers, and power lines are shorter and so use fewer resources. Their apartments take less energy to heat, cool, and light than do houses. Most important, people in dense cities drive less. Their destinations are close enough to walk to, and enough people are going to the same places to make public transit practical. In cities like New York, per capita energy use and carbon emissions are much lower than the national average."

The goodness goes on! Also check out the photos, of which these are but a sampling... 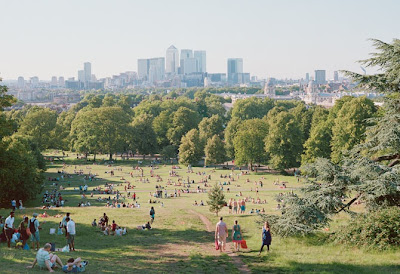 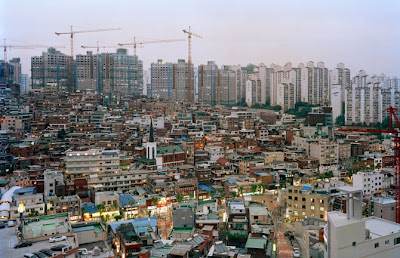 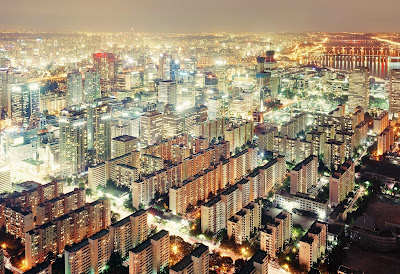 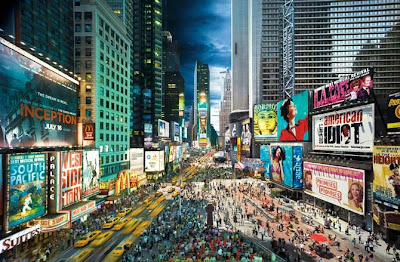 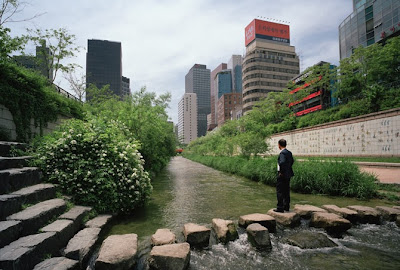