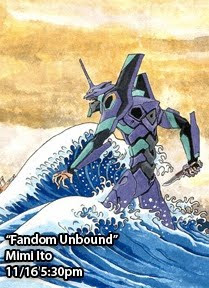 around niche interests but produce and distribute their own media content. How did this once stigmatized Japanese youth culture create its own alternative markets and cultural products such as fan fiction, comics, costumes, and remixes, becoming a major international force that can challenge the dominance of commercial media? By exploring the rich variety of otaku culture from multiple perspectives, Prof. Ito will provide fascinating insights into the present and future of cultural production and distribution in the digital age."