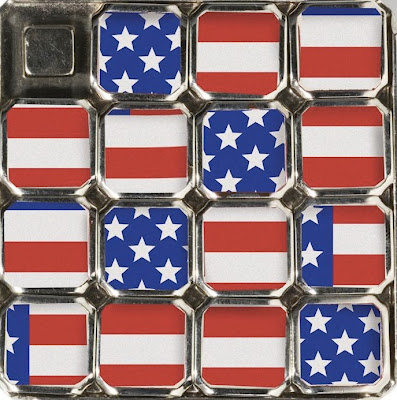 Thanassis Cambanis writes in the Globe Wanted: A grand strategy ~ In search of a cohesive foreign policy plan for America...

"A “grand strategy” describes the real-world framework of basic aims, ideals, and priorities that govern a nation’s approach to the rest of the world. In short, a grand strategy lays out the national interest, in a leader’s eyes, and says what a state will be willing to do to advance it. A grand strategy doesn’t prescribe detailed solutions to every problem, but it gives a powerful nation a blueprint for how to act, and brings a measure of order to the rest of the world by making its expectations more clear. [...] Earlier this year a top Obama aide seemed to belittle the very idea of a grand strategy as a simplistic “bumper sticker,” something that reduced the world’s complexity to a slogan. But, in a sense, that’s exactly the point of having one. To be truly helpful in time of crisis, a grand strategy must be based on incredibly thorough and detailed thinking about how America will rank its competing interests, and what tools it might use to project power in the rest of the world. But it also demands simplicity: a principle, even a simple sentence, reflecting our values as well as our interests, based on right as well as might, and as clear to America’s enemies as it is to the American electorate."

The historic & contemporary examples mentioned include...
Fascinating stuff. Of course, I think they all miss the boat entirely.
Posted by Joost Bonsen at 21:18