"I was prepared to confront the human degradation [...] but I was surprised to find something else. I met women working as prostitutes who told me that they were doing so because they had chosen to. Sasha, for example, was trafficked from Siberia and serviced clients against her will. But then she managed to run away from her madam and decided to continue to work as a prostitute on her own. [...] Men outnumber women 3 to 1 in Dubai, and the variety of places to purchase sex is abundant -- from the brothels where Vika described being sold and resold and the back alleys where migrant workers pay for a few minutes of pleasure, to the mainstream Westernized nightclubs, often inside upscale hotels, where women from all over the world congregate according to their nationalities awaiting the next client. In a Muslim country, where prostitution is illegal, we decided the only way to get a closer look at Dubai's barely disguised sex trade was to visit some of these clubs and capture for ourselves the city's night secrets." 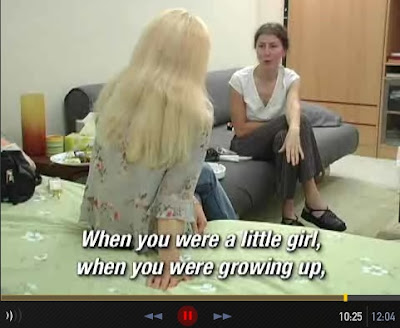