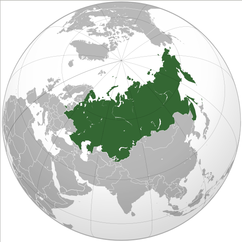 "The road to this milestone was difficult and often torturous. It began two decades ago when the Commonwealth of Independent States was established after the Soviet Union’s collapse. To all intents and purposes, the selected model helped preserve the myriad of ties, both of civilisation and culture, which unite our peoples and also forged links in production, the economy and in other vital areas essential for our lives. There are different views on how efficient the CIS is, and disputes over its internal problems and failed hopes have the potential to run and run. But it is difficult to argue with the fact that the commonwealth remains an irreplaceable mechanism that helps bring our positions closer together and enables us to elaborate a common view on key issues facing our region, in addition to the tangible benefits it affords its members. Moreover, the CIS experience enabled us to launch a many-tiered, multi-speed integration process in the post-Soviet space..."

Beyond Belarus, Kazakhstan, and the smaller Stans, this emergent new Eurasian Commonwealth could successfully engage Mongolia, Turkey, Scandinavia, Korea, and Japan in a transformative new kind of polity, one as resourceful and industrious and heavy-weight as India and China. Very exciting!
Posted by Joost Bonsen at 00:08