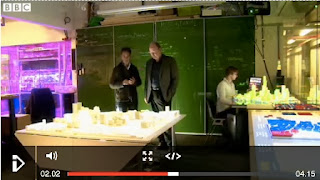 The BBC's Richard Taylor reports in the Next Silicon Valleys series that Boston breaks through: Speed reading and life-size robots making a lot of noise over the supposed east vs west coast rivalry...


"What grates here is that Mark Zuckerberg famously started Facebook from his Harvard dorm room, but before long took the social network to the other side of the country [...] all too often Boston start-ups end up being snapped up by their bigger, West Coast brethren; witness Google's recent purchase of another local robotic success story, Boston Dynamics. The challenge for Boston, it seems, is not just to develop the talent, but to hold on to it too."

Sorry, what most grates is that Taylor entirely missed the real story which is that Boston has intentionally been exporting innovation -- i.e. successfully distributing the enabling pieces, processes, and philosophy of progress and prosperity -- for over a century.  MIT people, for instance, went out to co-found Stanford University and then later Stanford's Research Park, Hewlett-Packard, Watkins-Johnson, Shockley Semiconductor, Fairchild Semi, Intel, Kleiner-Perkins, and dozens more essential elements which actually made Silicon Valley possible in the first place.  The problems of our planet are too many for us to be geographically parochial and not spread the innovation ethos everywhere.
Posted by Joost Bonsen at 12:56