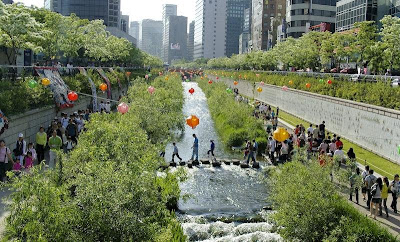 Great piece by Dot Earthling Andy Revkin and colleague Jean Chung in the NYTimes on Peeling Back Pavement to Expose Watery Havens about Daylighting, the uncovering of waterways buried under roads and urban accretions. Revkin spotlights cases in the US, in Korea, and elsewhere. There's also an accompanying video piece, In Seoul, An Ancient Stream Restored: New Life for the Cheonggyecheon. Among the compelling results...


"We’ve basically gone from a car-oriented city to a human-oriented city," said Lee In-keun, Seoul’s assistant mayor for infrastructure, who has been invited to places as distant as Los Angeles to describe the project to other urban planners. Some 90,000 pedestrians visit the stream banks on an average day. What is more, a new analysis by researchers at the University of California, Berkeley, found that replacing a highway in Seoul with a walkable greenway caused nearby homes to sell at a premium after years of going for bargain prices by comparison with outlying properties. Efforts to recover urban waterways are nonetheless fraught with challenges, like convincing local business owners wedded to existing streetscapes that economic benefits can come from a green makeover. Yet today the visitors to the Cheonggyecheon’s banks include merchants from some of the thousands of nearby shops who were among the project’s biggest opponents early on."

I'm especially interested in both these cases of re-discovery and renewal as well as examples where foresightful people did it right in the first place. San Antonio's River Walk, for instance, is a beautiful example where instead of channeling and covering, they created an urban greenway -- by design -- back in the 1930s... 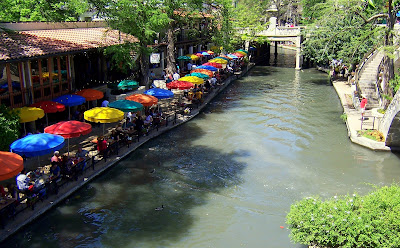 And Utrecht, perhaps my favorite Dutch city, has a delightful Oudegracht flowing through its core... 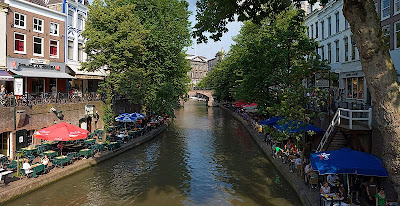