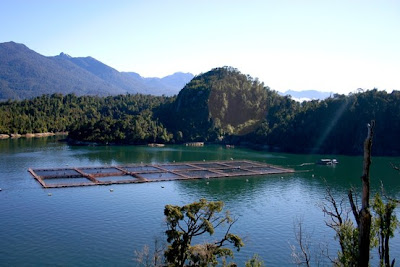 "...crippling Chile's farmed salmon industry, damping exports and squeezing fish producers. Chile is currently the world's second-largest exporter of salmon and trout, with salmon exports of a record $2.4 billion in 2008. But producers with infected salmon can't harvest until the virus is eliminated from their farms. As a result, exports have begun to fall and are likely to decline even more in 2010. [...] The Isa virus -- infectious salmon anemia -- is a continuing threat to big fish farms the world over. Norway, the world's largest salmon producer, where the virus originated in the 1980s, has implemented measures to control it, including vaccines and limiting fish numbers. But Chile's industry is heavily reliant on antibiotics, which has allowed harmful strains of bacteria to build immunity, and Chilean farms' close proximity and frequently overcrowded fish pens have led to the rapid spread of the disease."

This is a major eco-disaster for the sector -- both ecological and economic -- and a wake-up call for more savvy ecosystems engineering to both understand and ameliorate the core problems. Solutions are urgently needed. 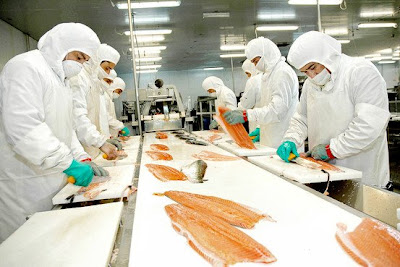