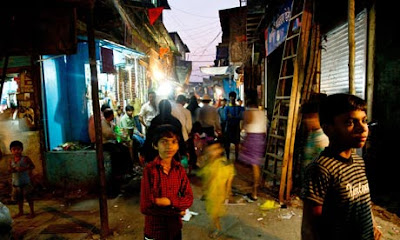 The Guardian's Steve Rose on The politics of finding a place to live...


"The criminalising of squatters in Britain is part of a Europe-wide backlash. But with at least 10% of the world population squatting, can they really be a menace to society? [...] It is invariably rightwing governments that push through the laws [...] often on the basis of spurious arguments. [...] "it's part of a revanchist mood in politics [...] Everything that people hate is blamed on soft, leftwing politics from the 1960s and 70s -- migration, squatting, Muslims. So it's revenge against what happened in the past." [...] But if squatting is on the retreat in Europe, it has exploded in the rest of the world. According to a recent UN estimate, some 800 to 900 million people around the world are technically squatters -- over 10% of the world's population. The socio-economic conditions are different: these are overwhelmingly rural migrants settling on the outskirts of cities. But these are still people occupying land they do not own, without permission. [...] These squat neighbourhoods are often referred to as slums, shanty towns, favelas or bidonvilles. They are often characterised as grim places, with poor sanitation, high crime rates, drug gangs, and other problems. But it's often a misconception, says Robert Neuwirth, author of Shadow Cities: A Billion Squatters. He spent two years living in slums in four of the world's largest cities: Mumbai, Nairobi, Istanbul and Rio de Janeiro. "They're not criminal enterprises. They're not mafias," he says. "These are people, law-abiding citizens, workers. People who wait on the tables and clean the rooms in the tourist hotels. People help each other and take care of each other." 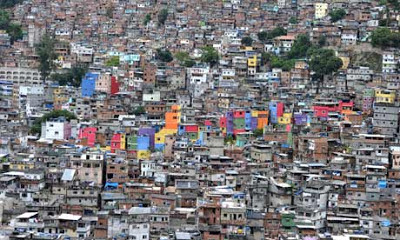