China's Hainan ~ Building the Hawaii of the East

"One year ago, China’s ruling State Council laid out a plan to transform its southernmost province into an international tourism destination, or the "Hawaii of the East," as Hainan Island 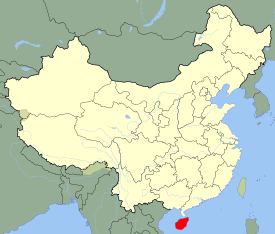 was dubbed. The result has been a 12-month frenzy of construction -- lavish resorts, seaside villas, spas, and a helicopter landing pad, still being built, for wealthy visitors with no time to waste. And then there are golf courses -- plenty of them. By one local estimate, as many as 300 golf courses are being planned for the tropical island, which is about the size of Belgium. [...] The dizzying pace of construction has forced thousands of indigenous farmers off their land, driven property prices up tenfold and higher, and led many residents to ask how much development is too much. “Hainan is a real-life example of that film ‘Avatar,’" said Liu, who moved here 22 years ago to work in the island province’s forestry ministry. “Except in Avatar, they could organize together to fight back." On Hainan, he said, “I don’t have much hope -- nothing can stop this change." Hainan residents and environmentalists say the rapid development is damaging the island’s ecosystem, and they are concerned mostly about the destruction of the coastal forests, which for centuries have served as a natural bulwark against typhoons, tsunamis, and soil erosion. They are particularly worried about the mangroves of Australian pine and rare indigenous Vatica mangachapoi, which has been a protected resource since the Qing dynasty. [...] Huge tracts of the mangroves have been chopped down to make way for seaside hotels and apartments and the paved highways to connect them. Three thousand villagers, including Chen, have been told that they have to relocate to a town 18 miles away, giving up their homes, their farmland, even the burial grounds of their ancestors."

Why are these people not participating in the upside?
Posted by Joost Bonsen at 23:17