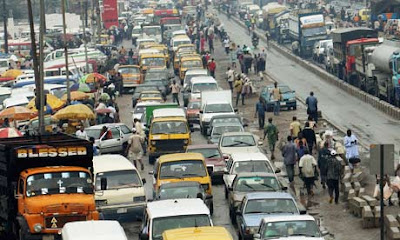 David Smith writes in the Guardian about How Lagos hopes a railway will end daily endurance test and change lives...

"Danladi Verheijen has to attend an important meeting, he doesn't know whether getting there will take 10 minutes or three hours. [He] works in Lagos, one of the world's fastest growing megacities -- and one of the most congested. The simplest journey here can be a trial of will. [...] But Verheijen believes he can do something to break the deadlock. The 34-year-old venture capitalist is leading a group of investors in Lagos's first city railway. He believes the multibillion-dollar project could transform daily life for millions of people in this uniquely challenging metropolis, and potentially expand west from Nigeria to Ghana. [...] "It's cheaper than the alternative, it's faster, it's safer, it's more reliable, it's more environmentally friendly. So it's very exciting." Many railways laid during Africa's colonial era have decayed due to neglect [...] Urban expansion is one of the biggest challenges facing Africa as people migrate from rural areas in search of a better life. With its cities set to triple in size over the next 40 years, overcrowded slums, choked roads and pollution are already big problems. It is hoped that a rail renaissance can be part of the solution. [...] Reflecting a growing trend in Africa, the project's infrastructure is being built by a Chinese contractor. Verheijen said: "They're much more competitive and aggressive about doing business. They're working Saturdays, they're working Sundays, they're working at nights. They come here and have big housing estates for their staff and just seem to work like armies. It's very focused and things go up very quickly."

Invigorating stuff. And one more essential element for tomorrow's vital cities.
Posted by Joost Bonsen at 17:19