Thanks to Der Spiegel for spotting der Danish slopes, BIG's new waste-to-energy incineration plant in Copenhagen which also serves as a skiable hill...

"The €420 million ($570 million) plant, which goes by the not-entirely-Alpine name of Amagerforbraending, will be replacing an existing, 1970s-era power plant and is situated in an industrial area of the city that has hardly been much of a recreation destination until now. Skiers will be able to access the slopes via an elevator to the peak of the building. The slippery, artificial grass surface means that skiers will also be able to hit the slopes when there is no snow on the ground. "We propose a new breed of waste-to-energy plant, one that is economically, environmentally and socially profitable..." 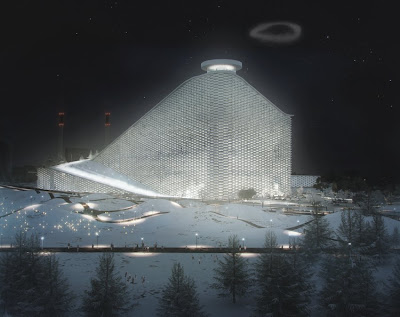 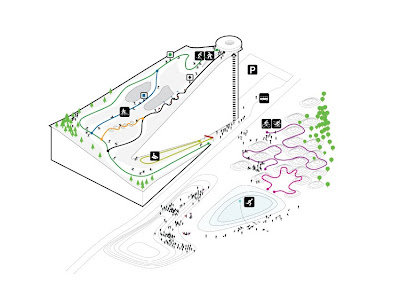 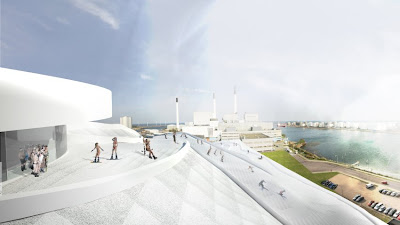