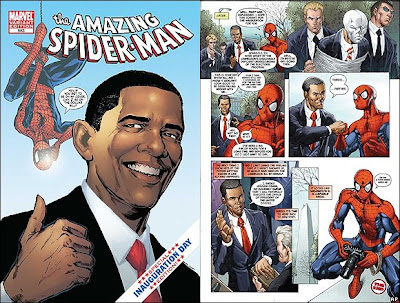 "Marvel Comics editor Joe Quesada said the idea for edition came after Mr Obama admitted he was a Spider-Man fan. "How great is that? The commander-in-chief to be is actually a nerd-in-chief," Mr Quesada said. Mr Obama's fan status was revealed by his campaign team, who released 10 little-known facts about the Democrat. "Right at the top of that list was he collected Spider-Man comics," Mr Quesada said."