daughters were slaughtered by Israeli arms during Operation Cast Lead in 2008-9. The world knows of him because Israeli Channel 10 presenter Shlomi Eldar had him on live speakerphone grieving for those just slain. The remarkable thing is Dr Abuelaish's response has been to say "I Shall Not Hate". He's both written a book about this and founded the Daughters for Life foundation...

"His personal doctrine is that hate is not a response to war. Rather open communication, understanding and compassion are the tools to bridge the divide between Israeli and Palestinian interests. “All can live in harmony,” he says. “And all can reach their full potentials spiritually, emotionally, physically and intellectually.”

Also be sure to see this ABC Australia documentary Gaza Doctor distributed by Journeyman Pictures... 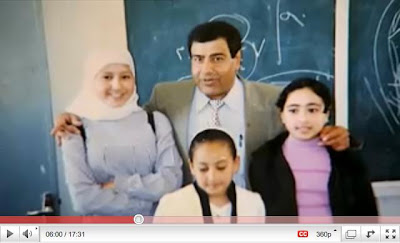