I thought this Sanctuary manga storyline about Wo Kiu or Overseas Japanese was just a fictional plot element... 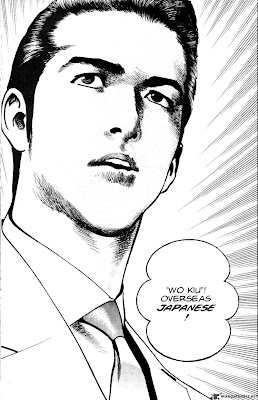 But no. In the latest NYTimes, Martin Fackler writes In Japan, Young Face Generational Roadblocks and spotlights Kenichi Horie...

"...a promising auto engineer, exactly the sort of youthful talent Japan needs to maintain its edge over hungry Korean and Chinese rivals. [...] But like many young Japanese, he was a so-called irregular worker, kept on a temporary staff contract with little of the job security and half the salary of the “regular” employees, most of them workers in their late 40s or older. After more than a decade of trying to gain regular status, Mr. Horie finally quit -- not just the temporary jobs, but Japan altogether. He moved to Taiwan two years ago to study Chinese. “Japanese companies are wasting the young generations to protect older workers,” said Mr. Horie, now 36. “In Japan, they closed the doors on me. In Taiwan, they tell me I have a perfect résumé.”