"...the flooding that has affected the Australian state of Queensland has not been unexpected. It is seen as collateral damage from the current La Niña, a lowering of sea-surface temperatures in the tropical eastern Pacific Ocean. While a typical La Niña -- the low-temperature side of the cycle known as the El Niño/Southern Oscillation -- usually brings wet weather to the western Pacific, it also brings dry conditions to the Southern United States, including Southern California. But since late December, Southern California has been hit by severe rainstorms, with some areas receiving nearly a normal year’s worth of precipitation in a few weeks. “Clearly, to this point, the pattern has not been panning out for Southern California” 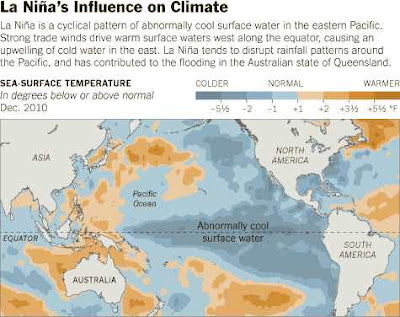 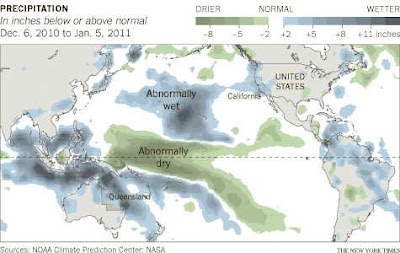