The Few ~ Elites with Brains, Money, or Influence

The Economist surveys The Few, the power of those elite global leaders with brains, money, or influence...

"Societies have always had elites. For most of history and in most countries, power was seized by force of arms and passed 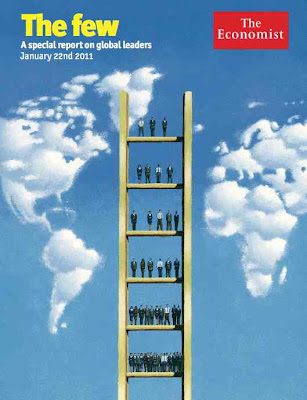 down from father to son. Fear and heredity still play a role. China’s ruling party remains in charge because it jails and occasionally kills those who threaten it. America elected two presidents named George Bush and came close to electing two Clintons. The big change over the past century is that elites are increasingly meritocratic and global. The richest people in advanced countries are not aristocrats but entrepreneurs such as Bill Gates. The most influential are those whose inventions change lives in many countries (think of Facebook) or whose ideas are persuasive (think of Amnesty International). This special report will examine how influence is wielded. It will look at the minds that shape politics, business and technology, and it will describe the gatherings where influential people swap ideas..."