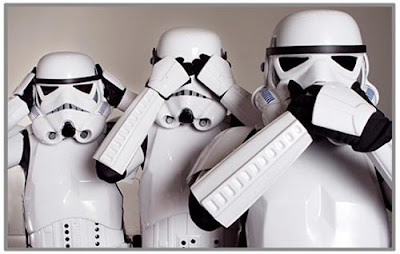 Everyone knows the Great Firewall of China blocks everyday access to the Web and censors communications. And now the most fearful and ruthless regimes of the Arab League are putting their own oppressive burqa on the bitstream...

But as Jeremy Kirk with IDG News writes, With Wired Internet Locked, Egypt Looks to the Sky...

"Foreign media posted in Cairo published dramatic photos on Friday of protestors battling police firing tear gas and using water cannons to disperse crowds. But absent Internet or mobile phone access, it's much more difficult for most Egyptians to self-publish, an act that has become an increasingly important component of breaking news coverage. Satellite Internet services aren't cheap, however, compared to wired Internet access. Al-Najjar said a satellite-capable phone could cost around US$1,300 in Egypt. [...] Satellite services are not dependent on local carriers for connectivity. So someone in Egypt, for example, could snap a photo of the protests and upload it to a computer connected to a BGAN satellite modem. As long as the person has aimed the portable modem properly at the satellite, the person should have broadband Internet access, said a sales representative based in South Africa for GlobalCom, which sells portable Internet access for Iridium, Thuraya, Inmarsat and Globalstar Satellite."

Fighting the power, one tyranny at a time. 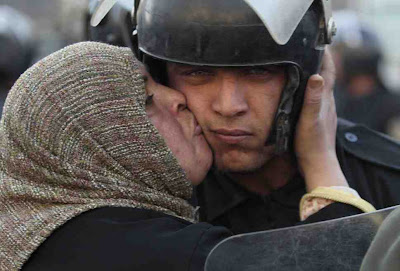 P.S. Here's practical tips from Patrick Miller, David Daw at PCWorld, Get Internet Access When Your Government Shuts It Down.
P.P.S. This is excellent to see again via Feedjit as of Sat 5 Feb 2011...