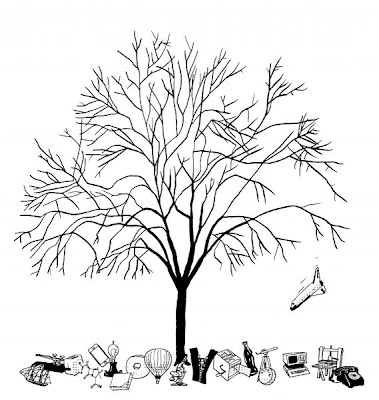 Neil Stephenson writes Innovation Starvation in the World Policy Journal where he writes...

"I worry that our inability to match the achievements of the 1960s space program might be symptomatic of a general failure of our society to get big things done. [...] “You’re the ones who’ve been slacking off!” proclaims Michael Crow, president of Arizona State University [...] He refers, of course, to SF writers. The scientists and engineers, he seems to be saying, are ready and looking for things to do. Time for the SF writers to start pulling their weight and supplying big visions that make sense. Hence the Hieroglyph project, an effort to produce an anthology of new SF that will be in some ways a conscious throwback to the practical techno-optimism of the Golden Age."

Hieroglyph = a project of science fiction writers to depict future worlds in which BSGD (Big Stuff Gets Done).
Posted by Joost Bonsen at 09:31